How Will Political Change Impact Your Giving? 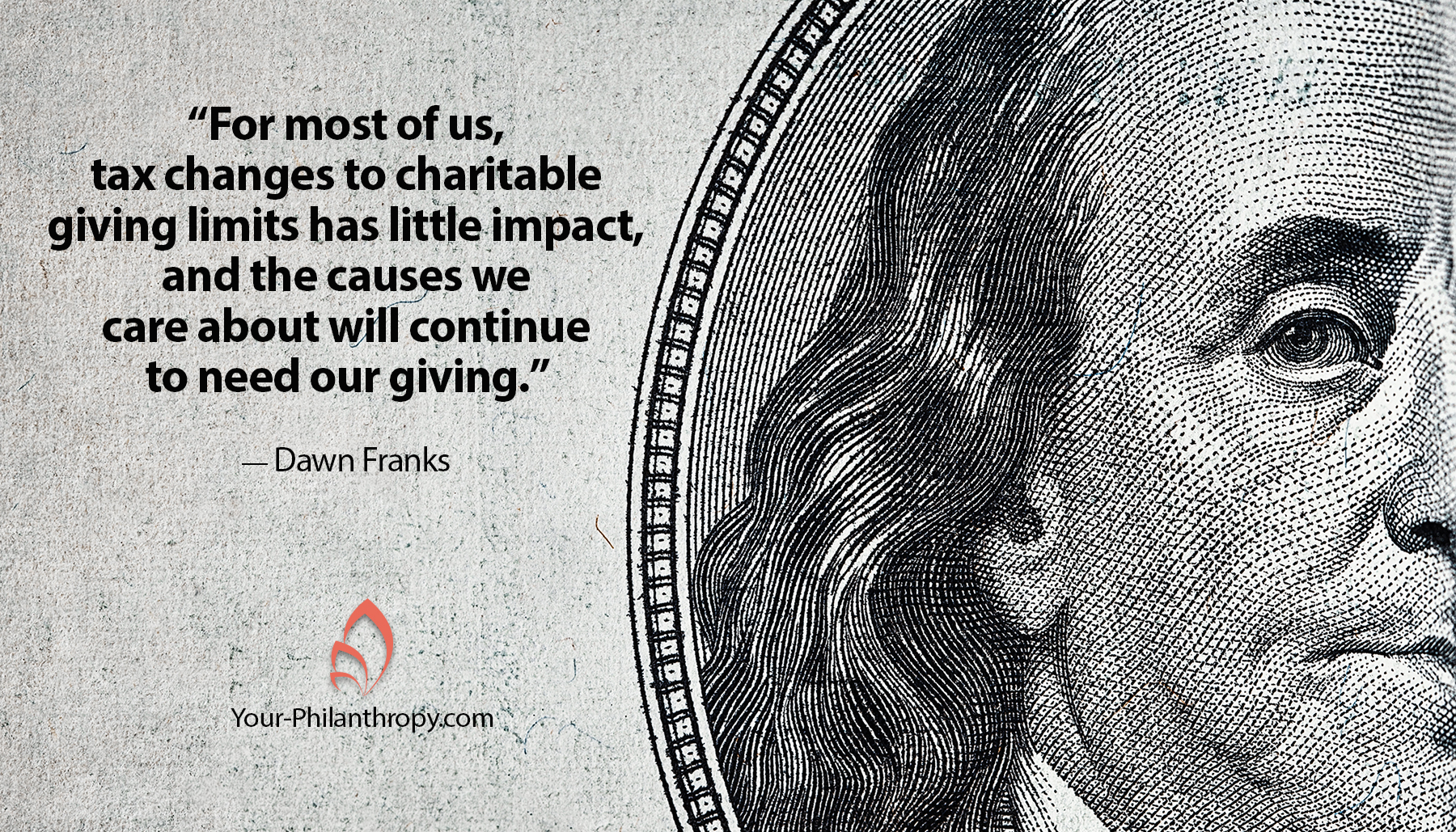 In the early eighties, as a very young nonprofit executive director, I experienced the impact of political change or rather the impact of the predictions of change. President Reagan was inaugurated in 1981.

Tax reform winds were blowing strong. It took until 1986 for the tax reform act to pass Congress. During Reagan’s two terms of office, philanthropy changed in many ways, learning to rely less on governmental funding and becoming more competitive for donor dollars. In short, our president expected philanthropy to step into the void and make up the difference.

The change happened, and twenty years later philanthropy was stronger than ever. Nonprofit organizations were springing up in towns large and small. Fundraising became an industry, establishing best practices.

Now, thirty-six years later the sound of change can be heard again as rough waves crash onto shifting sands in Washington.

Here we are again with a new president and speeches during the campaign suggesting serious tax reform. And again, the nonprofit community has become nervous about the impact it might have on their fundraising. Warnings abound in articles, blogs and tweets.

President Trump proposed changes in the tax structure which include capping deductions for charitable giving. If Congress is, as Thomas Friedman describes it, “the sum of all lobbies” then those changes will be the bottom of the list.

Why should it matter to donors?

What will the Nonprofits do if tax changes occur?

They will need local philanthropy now just as before.

Tax changes for individual donors will likely have the most impact on mega-donors, who represent only a tiny percentage of total givers. While mega-donor giving is outsized compared to the rest of us, the typical donor has the greatest ability for impact in the sheer number of givers.

The good news for nonprofits is most donors make charitable donations and never take a single tax deduction.

We drop our change in special collection jars in convenience stores for someone who has an immediate need for an operation, or funeral expenses for a life unexpectedly cut short. We chip in.

Many of us don’t itemize deductions on our taxes. We write checks to organizations we support anyway.

The tax write-off for giving is 100 years old. America will be 241 years old this year. From our beginning, we’ve given to take care of our neighbors with money and time.

In this country, like freedom, giving is personal. We give to help the poor, to change education, improve medicine, to enjoy the arts. We support causes we believe in and invite others to join us.

For most of us, tax changes to charitable giving limits has little impact, and the causes we care about will continue to need our giving.  Mega-donors should continue to get input from their financial advisors. In a sense, it’s business as usual for all of us.