The Surprising Staying Power of the Middle Class Donor 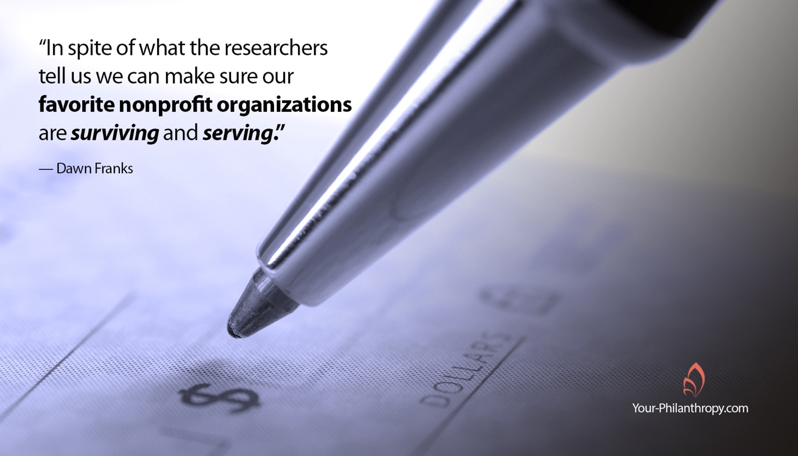 Ten years ago, the country plunged into a recession deep enough to have a grinding impact on America’s charities. When I read those last two words together, I think about my nonprofit friends right here in my community.

When the Chronicle of Philanthropy ran an article with the headline: A Response to America’s Favorite Charities 2018: A Lost Decade? Not for America’s Charities that Tap the Affluent, I was curious about our favorite charities. Who are they?

Every year the Chronicle of Philanthropy does a deep dive into the available data on the country’s largest nonprofit organizations. The 2018 report is based on 2017 data, looking at cash support. That’s defined as the” total value of charitable contributions of money and stock received by cause-driven nonprofits in 2017.” It doesn’t include donated products or government grants according to the Chronicle of Philanthropy.

I looked through the list of 100 and picked out nineteen I know something about, and sometimes they have offices or chapters in my community. From United Way and Salvation Army (#1 and #2, respectively on the list) to American Heart Association (#25), Samaritan’s Purse (#35), Rotary Foundation (#65) to Make A Wish (# 98) – the complete list of 100 includes charities, universities, hospitals, and even Christian Broadcasting.

The researchers suggest nonprofit organizations, mostly supported by the middle class – that would be you and me, are struggling to raise funds and keep up with inflation. Universities and hospitals with large development staff grew at a rate of 44% over the ten-year period. As well, organizations relying on the affluent for support are surging ahead. Organizations like the United Way and American Cancer Society experienced the deepest decline.

By looking at 100 very large charities across the country, they announce that we are not supporting our favorite charities since the recession in the same way that we did ten years ago.

The donor in the middle, the middle-class donor like us that write one, three, or ten $100 checks every year don’t receive much credit. The headline ink says we’re going away. We’re disappearing. They say that’s what the stats mean.

Are we? Are you going away? Are you slowing your giving to the organizations you care the most about?

Another way of writing that headline might be Where Are We 10 Years After the Recession and Who is Benefitting? What the headline suggests is that nonprofits that have the right connections, and the staffing to further those relationships are gaining the most.

I was about twenty-two when I started in the nonprofit world. Fresh out of college, a baby in the world in practically every way. I’ve spent a career listening to alarm bells and clambering about the fundraising disaster coming our way.

And I’ve experienced firsthand the partnership with donors to keep services going.

There is a lot of talk in the philanthropy space about the impact of the mega-donor on organizations, social policies, and politics. We can’t deny that money talks and has both influence and impact, not always in the best way.

We can focus on the charities in our community that are our favorites, like the charity your kid’s school is raising cans of food for or providing services to your aging parent.

In spite of what the researchers tell us we can make sure our favorite nonprofit organizations are surviving and serving.

The numbers in this report are incredible. Just looking at my short list of nineteen favorites, cash giving was more than twelve billion. That’s a lot of $100 donations. To be specific, it is 120 million $100 checks. I know it isn’t that simple, but it helps me put into perspective the kind of generosity Americans demonstrate every year.

It’s great that mega-donors help test ideas and theories that the small nonprofit can only read and think about occasionally. That’s how advances are made and always have been. If it weren’t for affluent donors, we wouldn’t have the Sistine Chapel or David.  Without the affluence and influence of Franklin D. Roosevelt, years before he became President of the United States, the funds would not have been raised to speed the research of Jonas Salk and others who discovered the polio vaccine.

Today’s mega-donors advance research and test ideas. They spend a lot of money; sometimes it works, but most of the time they rack up failures. The failures still count toward a better tomorrow.

It takes us all to shape the immediate response in our communities to individuals and families in need. We can imagine worlds of a different kind if we try something different, fail, learn and try again.

I don’t believe we, the donor in the middle, are going away. Several million nonprofit organizations are depending on us to be there every year, to stand with them as they deliver services, to ensure they have the resources to serve well.

Am I wrong? Are you going away? Are you giving less? If you are, I’d love to know why.