The Sobering Consequences of Poor Communication Between Donors and Nonprofits 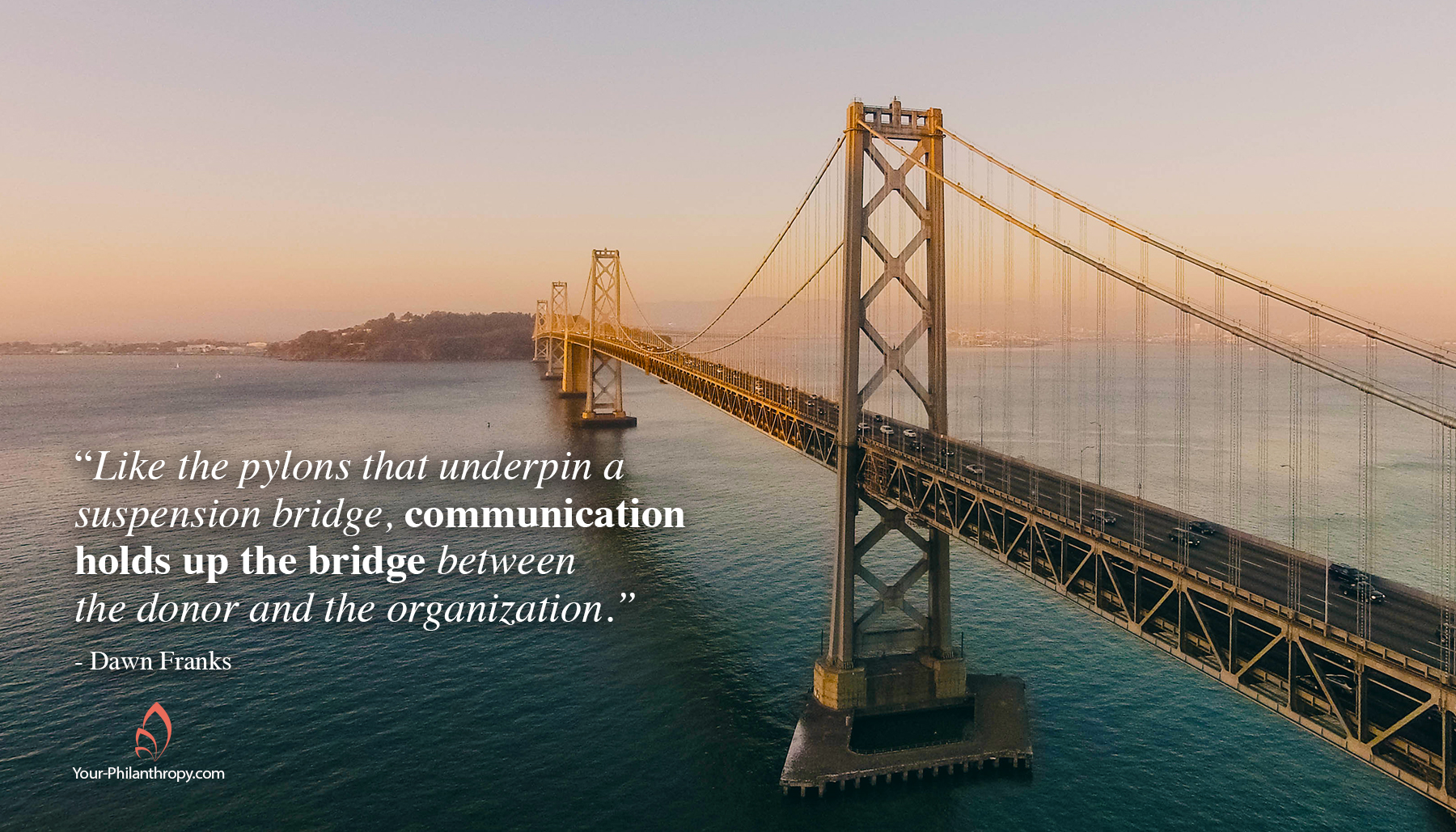 Three organizations gathered around two tables. There were at least ten of us.  I was there to help everyone discuss an issue of grave concern to a major donor. The discussion was necessary and in the end, reinforced what the donor already suspected. One organization was no longer using the funding as intended.

Tough questions were asked like were they doing what they promised, were results tracked, were there any successes, what was the plan going forward? The answers were disappointing. The donor faced a decision.

The communication bridge between the donor and the organization was beyond repair.

Most of us do not have the capacity to make large donations. We are amazed when we read or hear about them, assuming it must be easy. Giving more does not make it easier, in fact, it is harder.

Does more money guarantee success? Do large givers ever fail?

Simple answer – they often stumble, falter and outright fail. Success is not guaranteed just because a large donation is made to an organization in hopes of change or to find a cure or pilot test an idea.

In fact, I believe the larger the donation, the greater the risk of failure.

When a large donation is made to an organization to accomplish a specific goal, there are expectations. The smart donor communicates expectations from the very beginning. Unfortunately, even smart donors can make assumptions that lead to failure.

Whatever the intended outcome, the final results can be disappointing.

Here are three guidelines for avoiding the disappointment.

It’s like any other relationship; a key to success is communication. Like the pylons that underpin a suspension bridge, communication holds up the bridge between the donor and the organization.  Without it, there is little chance of success.

Remember the decision our donor needed to make? The donor expressed disappointment to everyone present and directed the organization to send what was unspent to one of the other organizations.  That ending could have been avoided with greater communication from both parties.

Donations at this level are a partnership. The organization probably can’t do it without the funding. The donor won’t see success without a true partnership. They must pull together like yokefellows – two oxen hitched to the same wagon.

Is there a check size that makes the bridge more important? Absolutely not. If it’s big for you, and you have expectations, reread the bullets and reach out to the organization. Every donor has the right to feel the gift was successful.

So plan ahead, think about what can go right and especially what might go wrong. Making sizeable donations is not easy; in fact, it is a lot of work. So, start with the end in mind and you’ll be able to give well from beginning to end.