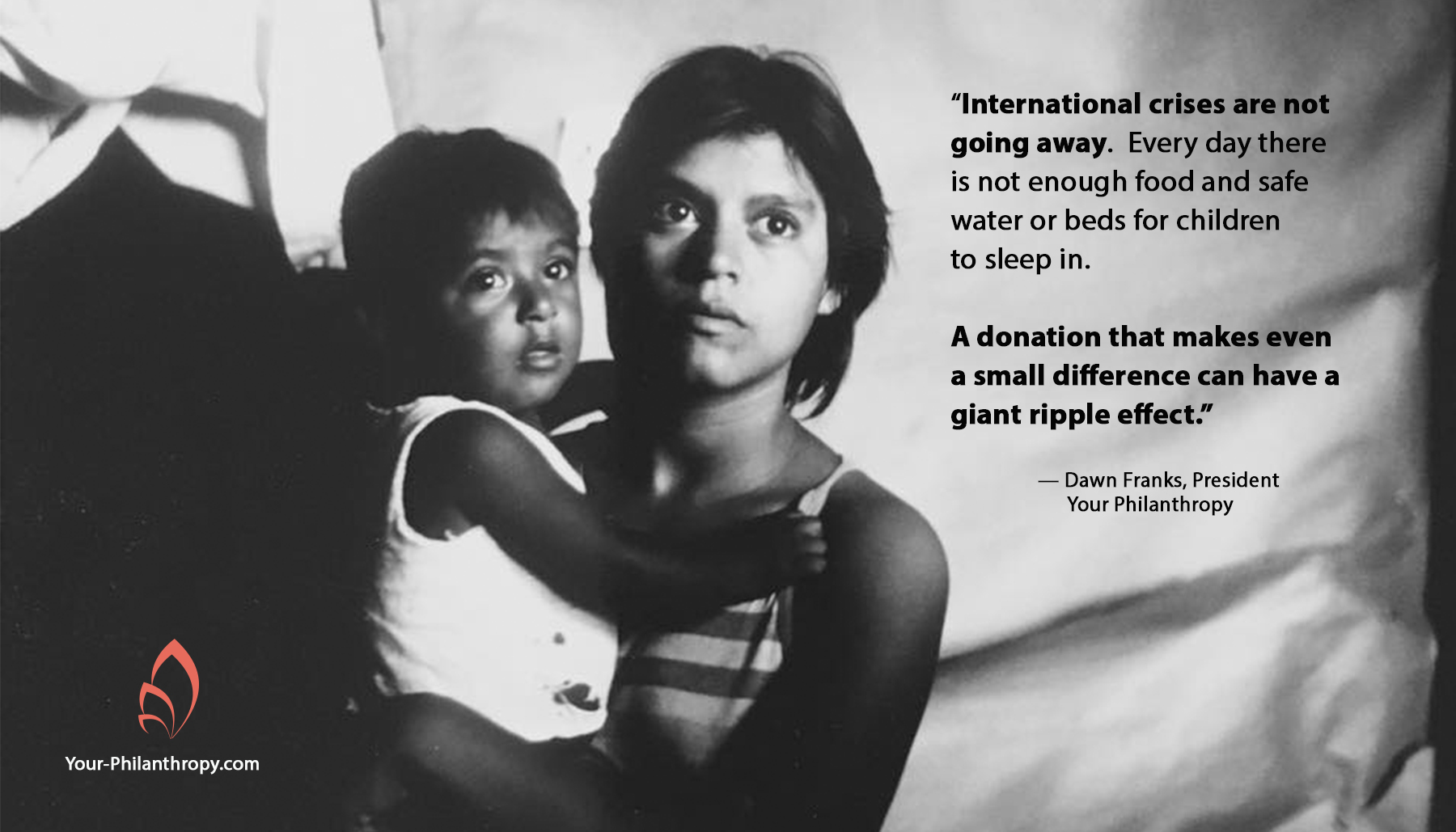 The time difference is eight hours between Tyler and Rome. For several days, we were on long distance phone calls and emailing back and forth in an attempt to make an immediate international crisis donation.

A passionate and deeply concerned donor was searching for a way to make a generous donation to an agency working to provide relief to immigrants in Greece, Turkey, Lebanon, and Jordan. So, phone calls and emails were flying.

The solution was to consider partnering with Caritas Internationalis well known for coordinating emergency operations when a crisis occurs somewhere in the world. Figuring out how to make the donation safely, legally and where it could do the most good would prove to be a difficult task.

Families fleeing war and terror were caught up in a flash refugee crisis. Many of those fleeing were from the countries of Syria, Afghanistan and Iraq.

Looking beyond the political turmoil the donor saw pictures of small children crossing long distances bundled against the cold in search of safety. How could they best be helped?

Over several days of communication with Caritas, we discovered they were struggling to respond effectively and with enough help. The chaos of the situation made it difficult for even the most experienced to respond well.

After much consideration, the donor made the difficult decision to give a much smaller gift than originally intended. In spite of the great need, it was difficult to be sure the help would go where the donor hoped or even provide what was most needed.

It was difficult to write the email and let Caritas know of the donor’s decision, but it was the right thing to do given the information we had learned.

Challenges like this are common when we want to respond to an international crisis. Earthquakes, tsunamis, tornadoes, floods, war – each in their own horrific way – kill, maim and destroy families and communities.

The urge to respond should not be taken lightly because the help is needed. Sometimes the help is just to meet every day needs like food, safe housing or education. How can you make a donation and make sure it gets where you want it to go?

Here are three tips to consider when giving to international causes.

Last week I attended a luncheon hosted by a pastor friend, Kim Beckham of Central Baptist Church. There I heard about Manna Worldwide and heard stories from Chuck Ward who travels into Central America and the Caribbean regularly to oversee feeding programs, schools, and orphanages. In conversation, he reminded me that Haiti, now five years after the 7.0 earthquake that left 220,000 dead and more than 300,000 injured is still struggling in virtually every way.

Unprecedented aid went to Haiti immediately after the disaster, but political turmoil, agency turfism and other challenges have kept large sums of that aid from having direct, lifesaving impact intended by donors.

Mana Worldwide is an example of a US based organization, on the ground in Haiti and other countries around the world, directly touching the lives of children and families. I learned that a gift to Manna Worldwide uses 93 percent of every dollar in direct service programs. That matters in a struggling country like Haiti where a cholera epidemic now rages.

International crises are not going away; there will be another one tomorrow. Every day there is not enough food and safe water or beds for children to sleep in. A donation that makes even a small difference can have a giant ripple effect.

If it is important that your gift gets to the need or addresses a specific problem, be prepared to ask questions and do a little research. You will feel better about the gift if you do.

Much of the information you need is at your fingertips, some questions require digging deeper – calling someone. You’ll be glad you took those steps, at least most of the time, anyway.

What questions do you ask before making an international gift?