How to be a Fan and Encourage Important Work 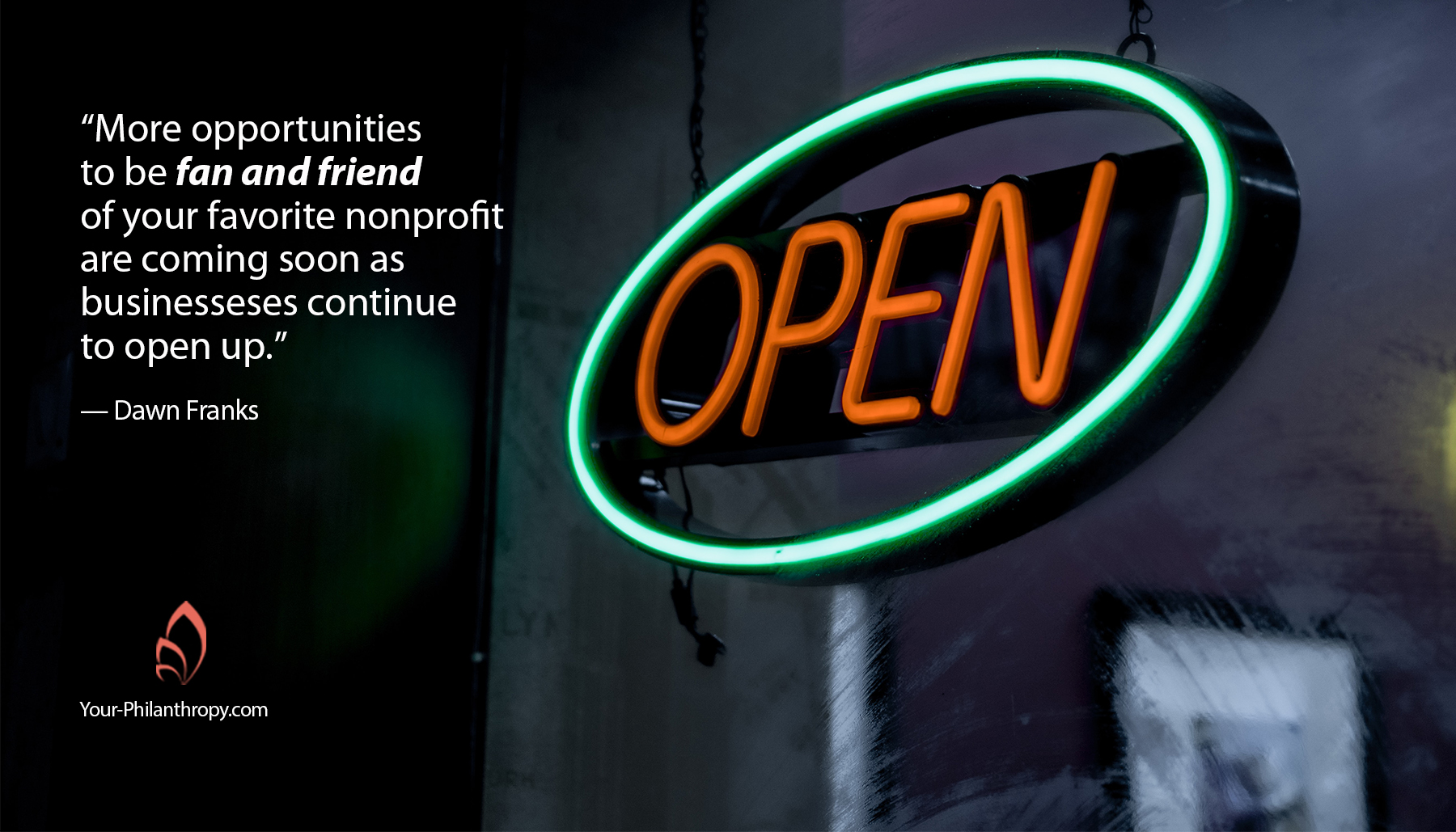 Four hundred unopened emails waiting for me to read, respond, or delete. Every day I try to reduce the number through quick deletions and one-line responses. But it bothers me that I have so little time to read the important information coming to me from countless organizations.

I’ve been on nonprofit email lists for many years. And I will admit that often after a brief skim, they quickly move to the trash folder. Now, however, it seems more important to make time to read what is written. When I’m moved by a story or the executive director has laid out the bare facts, I take a few minutes to send a note.

I want them to know that I’m one of their fans. Being a fan is a part of who I am. It’s an integral part of my Giving Fingerprints. I’m more of a fan of some than others for all kinds of reasons. The work they do, the people that make it happen, even because others I admire are their fans.

Fan is an old word, according to the Oxford English Dictionary, coming into the English language in 1533 in the form of an adjective meaning ‘frenzied” or “mad.” By 1655 it made its way into print as a noun, meaning “a visionary, an unreasoning enthusiast.” By the 17th century, the English were using the word “fanatic” as an insult with strong religious tones.

Today it has become the flag we raise in the form of our behavior, interest in, and admiration of someone or something.

Are you a devoted fan of a particular nonprofit organization? Or has someone you follow introduced you to a cause or organization, and now you’re a fan? That’s called a fan of a fan.

Being a Fan of a Fan

Singer-songwriter, Melissa Ethridge, described it by relating an experience that took place in 1999. She unexpectedly found herself standing next to Bruce Springsteen, who was standing next to Paul McCartney.

Isn’t that a lot like looking across the room at a nonprofit fundraiser and being surprised to see someone there whom you admire a great deal. Now, your warm feelings toward that organization increase. You are a fan of a fan.

How Fans Make a Difference

During this extraordinary time, fans have become visible in surprising ways. They line hallways at hospitals as COVID-19 survivors finally leave the hospital. They hold drive-by rallies at nursing homes where loved ones live, and line parking lots where high school seniors come to collect cap and gowns for graduation ceremonies.

My own Sunday school class recently met up for a “we love you-get well soon” drive-by for couples David and Sandy, and Richard and Sharon. The experience of meeting up as a group that loved and missed both couples was as meaningful as the drive-by event itself.

More opportunities to be fan and friend of your favorite nonprofit are coming soon as businesses continue to open up.

Start getting ready for upcoming events where you can share your fanatical “I’m a fan of what you do and who you are” enthusiasm, support, and friendship.

Plan now to attend events and gatherings for fundraising, volunteering, supporting, and encouraging. Send the executive director a note now to let them know their work is still on your mind, that you are looking forward to being in it with them. Let them know how important their work continues to be.

We’re like that other kind of fan that stirs the wind helping to grow the work of an organization we believe in. Bring friends along to share the enthusiasm and help support your favorite organization.