How Looking Back Can Fuel Tomorrow’s Change 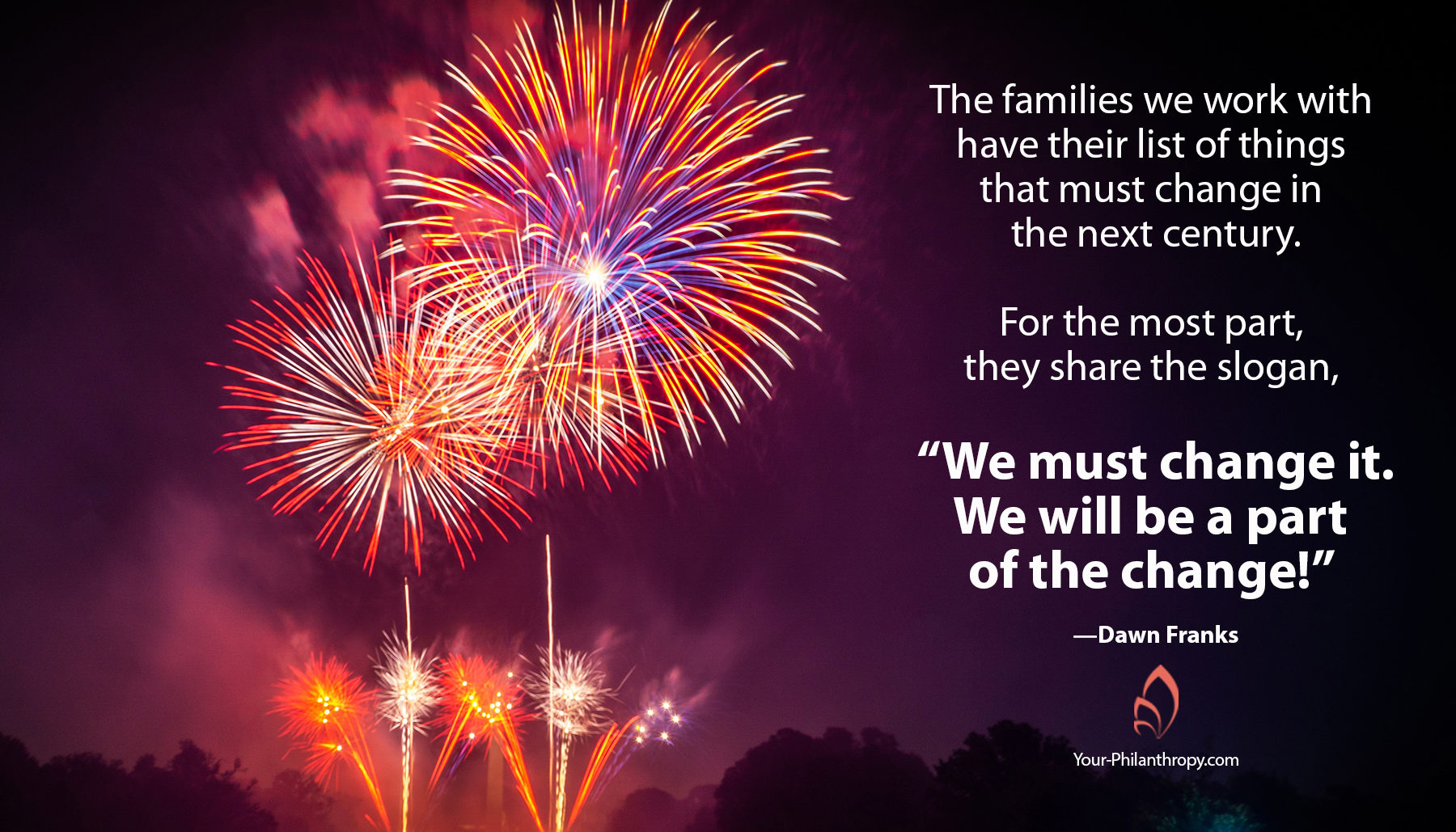 January usually begins with resolutions for the future. But before resolutions can be made we need time to reflect on the past. I asked the question: what have we accomplished in the last five years at Your Philanthropy?

A little math was in order. Just how much good had seven foundations and several major donors accomplished?

That’s a tremendous amount of good in a short period by ten families.

Foodbanks have distributed needed food; disaster relief response in Texas, Florida and the Caribbean; adults learned to read and improved employment opportunities; a University focused solely on the developmentally disabled; American-educated entrepreneurs in Indonesia met together in Christian support groups; the Dallas Holocaust Museum in Dallas trained East Texas teachers; new schools built in Africa; and the arts from California to England sponsored. Abused children found safety in shelters and help to deal with trauma; severely wounded warriors found independence; sex trafficking programs and transitional housing and Habitat homes – the list of lives impacted goes on and on and on.

More than 1500 grants were made touching, indeed changing, countless individuals for the better.

This story is not about Your Philanthropy, but rather the incredible work of families focused on making a difference, having an impact. And almost every family is working to include the next generation so that the good continues.

Then what exactly does Your Philanthropy do? We support family foundations working in their unique way with a lens and a focus on doing good that only they can do. YP keeps the wheels turning, so their work goes smoothly.

We keep a bridge built between the foundations and the nonprofit organizations where the heavy lifting continues day after day. It’s a relationship and a partnership that makes the work possible.

So, while I’m very proud of Your Philanthropy coming alongside these families during our first five years, I am even prouder of the work each family has made possible.

Their work reminds me of David Hilbert, a German mathematician recognized as one of the most influential of the 19th and early 20th century. He published a list of 23 important problems for mathematicians to solve in the upcoming century.

According to some most have been fully or partially solved. Hilbert famously said, “We must know – we will know!”

The families we work with have their list of things that must change in the next century. For the most part, they share the slogan, “We must change it– we will be a part of the change!”

Each time they meet, they find their place in an ever-evolving universe of generosity.

Now, we are starting to think about the next five years. And we fully intend to continue to help these families and many others in the universe of generosity that is constantly changing.

What’s on your list of changes? How will you work to be a part of the change?

Check out Giving Fingerprints to find your unique giving style then plunge into the change.

Join us as we all say, “We must change it – we will be a part of the change!”