How Aunts and Uncles Teach the Next Generation About Giving 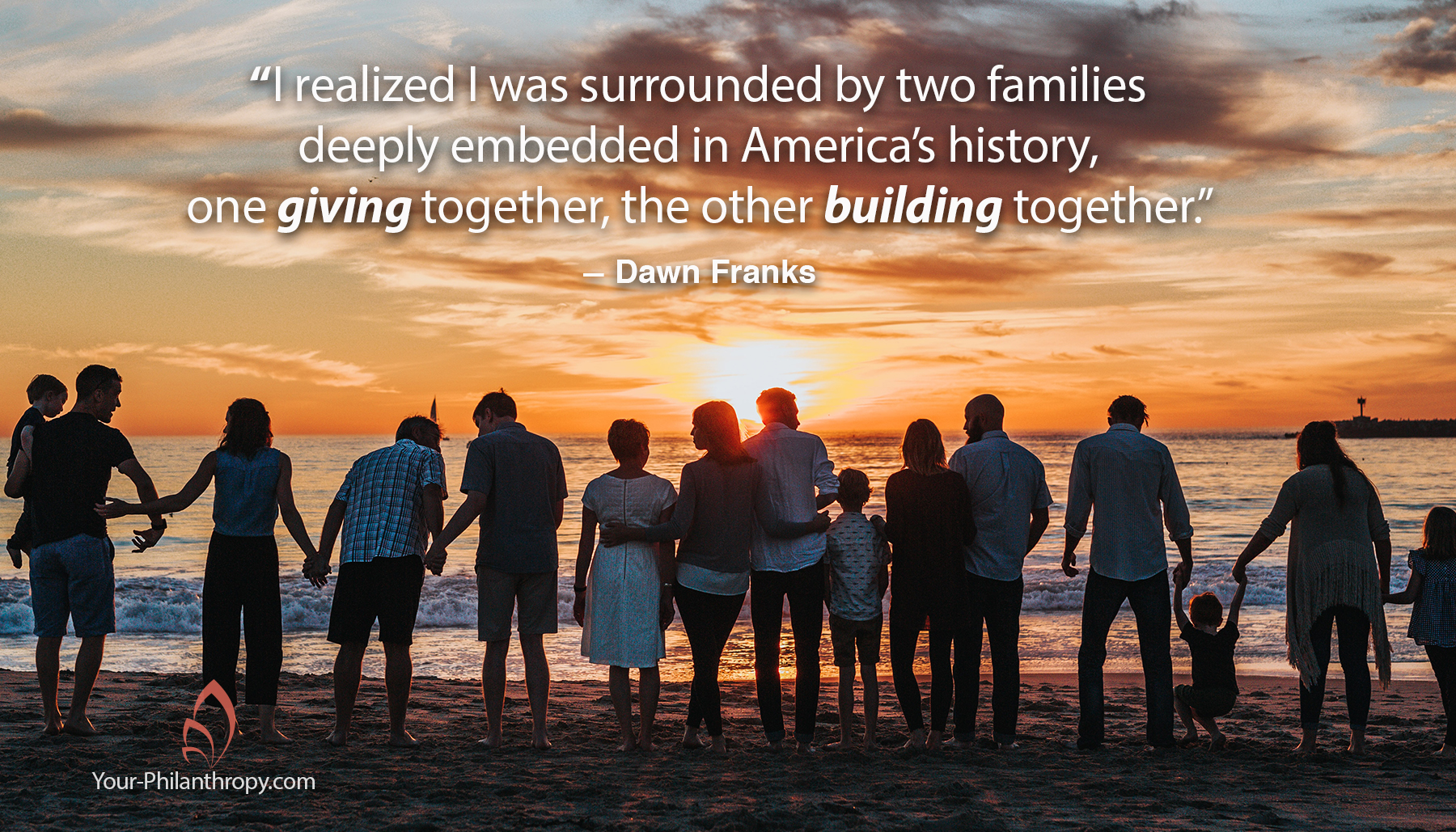 The day started normally. Two generations of family members gathered around a table for the annual meeting, intent on making giving decisions for the small family foundation. While only six of us, we represented many roles. Sisters, husbands, daughters, a niece and me, the outsider in this family system, had a lot of work in front of us and a deadline only a few hours away.

The deadline marked the beginning of a celebration for mother and grandmother, on her 90th birthday. Four of her six children were gathering with their children and grandchildren in tow. Even her baby brother and his children were joining in the festivities.

What wasn’t the norm was our unique meeting space at the Cade Museum in Gainesville, Florida. The small event space included half a dozen Studebaker cars and trucks.

Robert Cade, the founder of the museum and a lead inventor of Gatorade, loved Studebakers. My dad was also fond of his Studebaker. Later that day, I was at a family BBQ in a warehouse full of Studebakers. Now I was curious, and after a little research surprised to discover it was a family name.

As German immigrants in the eighteenth century, the Studebaker family opened a wagon factory where Peter Studebaker found himself at the center of the industrial era with a significant role in early transportation, specializing in farm wagons. Peter Studebaker designed and built wagons, carriages, and the iconic Conestoga wagon.

In 1852, two sons started a blacksmith shop in South Bend, Indiana making wagon parts and later complete wagons. By 1874 they had the largest “vehicle house in the world” covering twenty acres. Today, Clydesdales pull the famous Studebaker Budweiser wagon. By the late 1800s, they had moved on to producing what one family member described as “the practical horseless carriage.”

After WWII, the slogan was “First by Far with a Post-War Car.” And from then on, the history of the Studebaker became entwined with the upward mobility of the middle class.

Thinking back on the meeting, I realize I was surrounded by two families deeply embedded in America’s history, one giving together, the other building together.

The Next Generation Learns from Extended Family

Back at our meeting, the niece, a member of the third generation, asked a question that led to the most important work of the entire day.  She asked, “how does our giving as a family through this small foundation reflect the role of God and our faith?”

For the next half hour, the second generation leaned into the question with answers representing their own deeply held values and convictions. The young member took notes. We listened as she asked more questions and answers flowed.

I often write about the important role of parents and grandparents in raising generous children. This time, equally important, was the role of aunts and uncles. As she listened to their answers, I could almost see the wheels turning in her mind and knew she would be reflecting on the answers for some time to come.

One more thing happened that day, just as important. Aunts and uncles were interrupted from their typical style of following the agenda to get through the work of the day.

They were interrupted with serious questions from the third generation. Each aunt and uncle gave a thoughtful answer. The two generations learned together about their giving and the role it plays as they live out their faith.

Later that evening, at the ninetieth celebration, I was asked my opinion about how the meeting went. We had made important giving decisions, and nonprofit organizations were waiting to hear from us.

My response was quick, “the time you took, as a family, to respond to the third-generation member’s questions. Today, you acted like a family, bound together by the history that only you all have experienced.”

Always Encourage the Next Generation

And that third-generation member who posed the question, she apologized to me for interrupting the agenda and taking so much time to seek the answers she needed.

My response, a smile, and a thank you for the critical role she played in helping the family learn together. I told her to keep asking and never apologize.