How Anonymous Giving Challenges Even the Best Givers 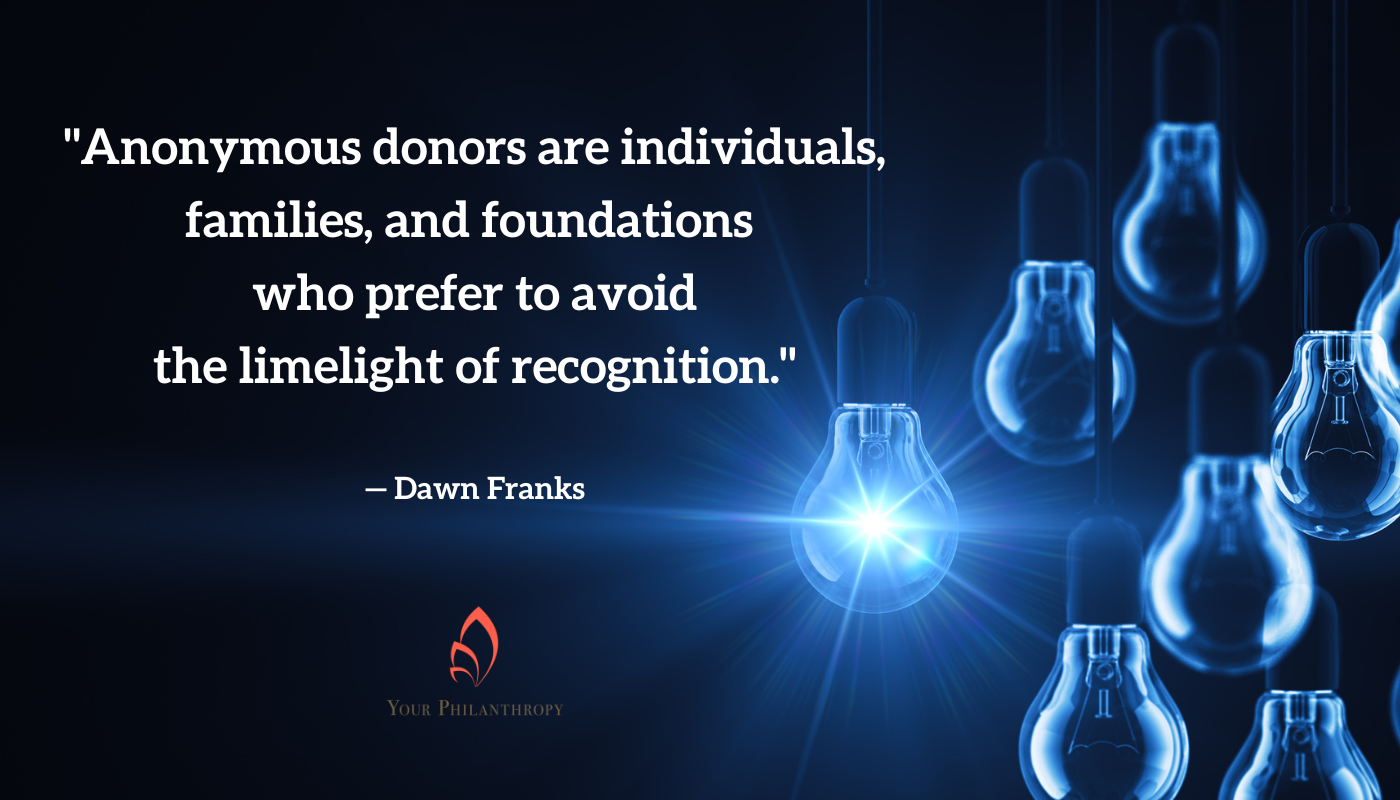 How “anonymous” is an anonymous gift? An even better question: how anonymous is a gift to a nonprofit organization in today’s digital world?

The answers are not simple. Let’s start with what anonymous means to you.

The twelfth-century Jewish scholar Maimonides wrote about anonymous giving in the Laws About Giving to Poor People, describing his famous Eight Levels of Giving. The bottom level is the least charitable, while the top is the greatest form of tzedakah (a Hebrew word for philanthropy and charity).

Two levels, close to the top of his list, are about anonymous giving.

But Maimonides could not have envisioned the internet or donor records stored in mega servers we call clouds. Instead, he described charity at the most personal level, where records often live in our hearts.

Before we go further, let me share a story with you.

During my time as President of the United Way, my work was to raise money to fund twenty-four agencies. One day a gentleman called and wanted to meet me. That wasn’t surprising since my job required connecting with people to raise as much money as possible. The gentleman explained he was with an organization that focused on giving to non-profits with programs doing important work in the community and strong executive and board leadership.

Topping it off, they did their work anonymously.

So, I ask you, was it an anonymous grant?

There were no requirements to keep the grant anonymous, but it was their preference. And when they came to see us, there was always the reminder that they preferred not to be recognized.

Anonymous donors are individuals, families, and foundations who prefer to avoid the limelight of recognition. Their reasons vary from discomfort with recognition generally to a preference to fund under the radar and reduce unsolicited asks from nonprofit organizations they haven’t historically funded.

They prefer to pick their targets rather than be the target.

Sound fundraising practice for nonprofit organizations looks a lot like targeting. For some donors, identifying nonprofit targets is equally important work. An anonymous gift is a tool in their tool belt.

The biblical view of anonymous giving:

For Christians, the words of Jesus found in Matthew 6:1 (ESV) encourages believers to give anonymously.

“Be sure that you not do your charitable deeds before men to be seen by them. Otherwise, you have no reward from your Father who is in heaven.”

One fool-proof way to be an anonymous donor and make gifts anonymously is to do your giving through a donor-advised fund. Various platforms, such as the East Texas Communities Foundation or an investment advisory service, provide a way to make your gift anonymously. Unfortunately, your gift is not completely anonymous because they keep records, but it is not made public to the recipient organization or the public.

Decide the level of recognition that’s right for you. Either way, your gift matters to the organization.

If you prefer to be the “anonymous funder,” now is as good a time as any other to get busy. Call me if you want to talk before you make your anonymous gift.