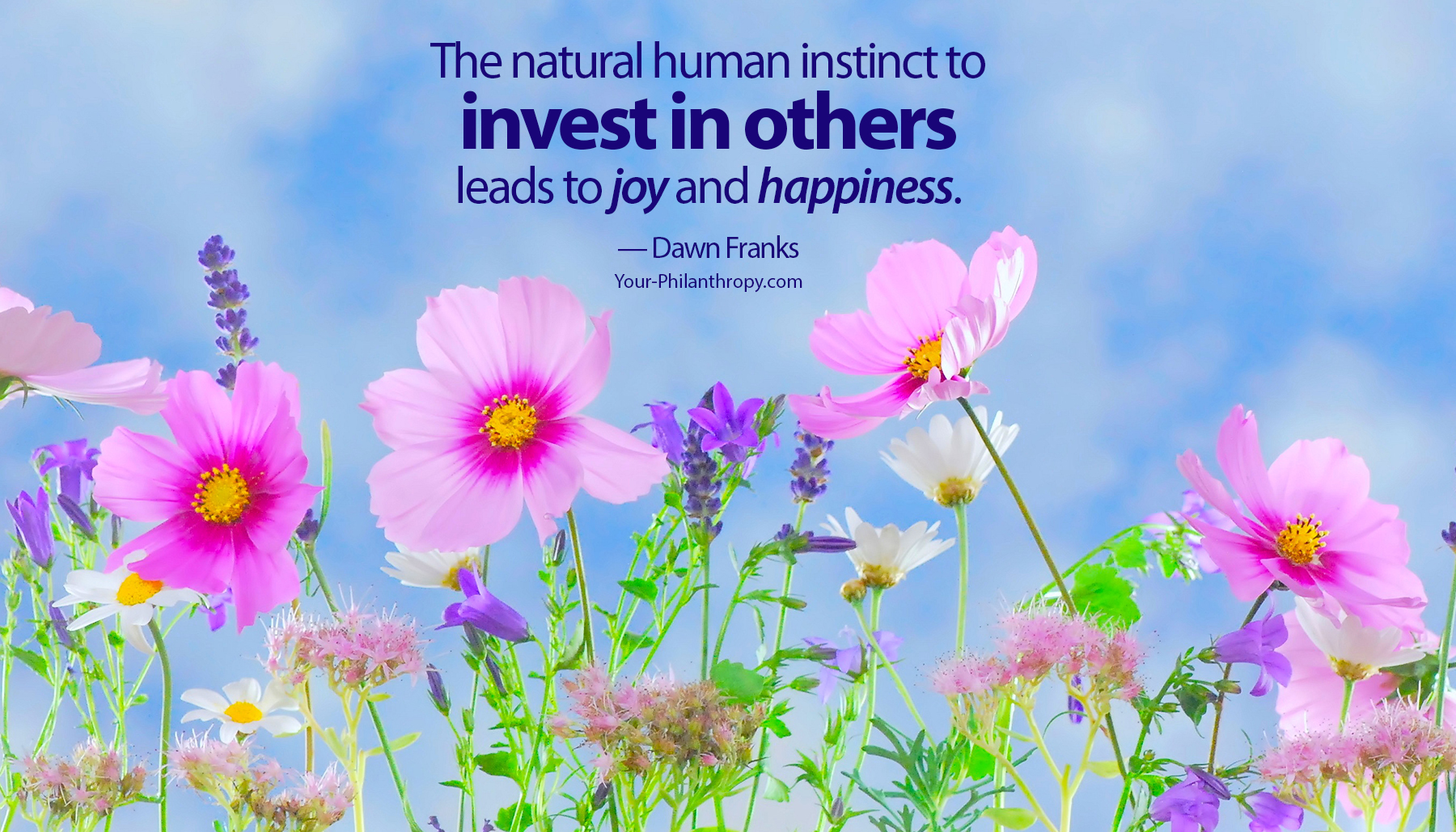 I love the colors of early spring. They make me happy, lift my spirits and make me want to share my happiness. Here’s how you can be happy, experiencing pleasure and contentment. Warning donors, it requires spending. It requires giving of and beyond ourselves. If you have time, read Elizabeth Dunn and Michael Norton’s book Happy Money: The Science of Happier Spending. It outlines five core principles to make spending a happier event.

The first four are about spending money on ourselves. But investing in others means being willing to make ourselves a little poorer to reap happy benefits.

Research shows that the things we do to invest in others make us happier even after adjusting for income.

A study conducted in Canada and Uganda opens a fascinating window into human nature. This study of 800 people, drawn from both countries, asked them to reflect on a time when they spent a small sum of their own money on someone else to change that person’s circumstances.

Canada and Uganda differ from each other in almost every way you can imagine, except per capita income. Canada lies in the top 15% of the countries of the world while Uganda falls in the bottom 15%. Would there be a difference in how individuals felt about spending money on others in countries with severe economic challenges?

What’s the difference in spending your money to treat someone versus sacrificing some of your money to change something for another person?

Consequences for happiness were similar in both countries. People were happier when thinking about a time when they spent their money on others rather than themselves, even in impoverished countries where money is tight.

In a Gallup poll taken across 136 countries between 2006 and 2008, 200,000 people answered a series of questions from had they donated to charity during the past month to how satisfied they were with life.

In 120 countries, people who donated to charity in the last month reported greater satisfaction with life. This relationship emerged in countries rich and poor alike, even after controlling for income.

Across the 136 countries donating to charity had a similar relationship to happiness as doubling household income.

So, happiness and giving are not just a product of societies with excess cash. Even in the poorest countries, the instinct to invest in others leads to a joy that might be a fundamental component of human nature.

My wish for you on this beautiful spring day is to find the lingering good feelings that come with investing in someone else. Make a gift to someone – small, large, surprise, planned, anonymous or known. How does giving make you happy?