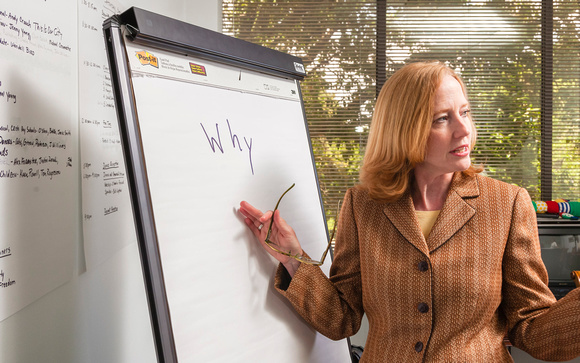 Once when I worked at the East Texas Crisis Center, I received a call from a potential donor named Ray who had been referred to us by friends while playing golf. Ray was new in the area and wanted to visit with me and learn more about the Crisis Center.

At that point in my career, I had told our story many times. However, I was unprepared for Ray’s questions, which were mostly financial and focused on administrative overhead. I stammered my way through the answers but did not feel confident we would ever receive a gift from him.

As it turns out, Ray’s question has been one of the most popular questions I have been asked in my 32-year career, “What percent of a nonprofit’s budget is acceptable as administrative overhead?”

When a donor asks this question, the Executive Director thinks the right answer is always whatever number is in the donor’s head. When you’re the ED, it feels like trying to be Carnac the Magnificent and find unseen answers to unseen questions.

If knowing the overhead costs of an organization is truly important to you as a donor, the best way to get a reliable answer is to have a conversation with the ED that addresses operations and how the organization derives this percentage. As the donor, you also need to find out how the organization budgets for its direct services or mission work. The overhead number alone is the least reliable one to determine program effectiveness or efficiency. Services and meeting mission is a package deal.

In fact, the Better Business Bureau’s Wise Giving Alliance, GuideStar and Charity Navigator together have written an open letter to donors of America to start a campaign to change the perception that overhead (on its own) is not an appropriate metric for evaluating an organization’s effectiveness and worthwhileness.

The Rest of the Ray Story

Ray called back the next day and asked me to meet him at a local bank. He then signed over stock as a donation to the East Texas Crisis Center. This was completely unexpected and turned out to be the beginning of an important relationship. Ray became a close advisor and supporter who knew how to ask good questions to help the organization maintain the balance between offering services and allowing appropriate overhead.

He helped me to understand that conversations among donor, organization, board and ED were critical to making sure not only that we were all on the same page, but that the organization continually improved. I became better at answering questions because Ray took the time to ask.

For a good discussion of overhead issues check out the article “Nonprofit Starvation Cycle” in Stanford Social Innovation Review.