To Be or Not to Be an Anonymous Donor 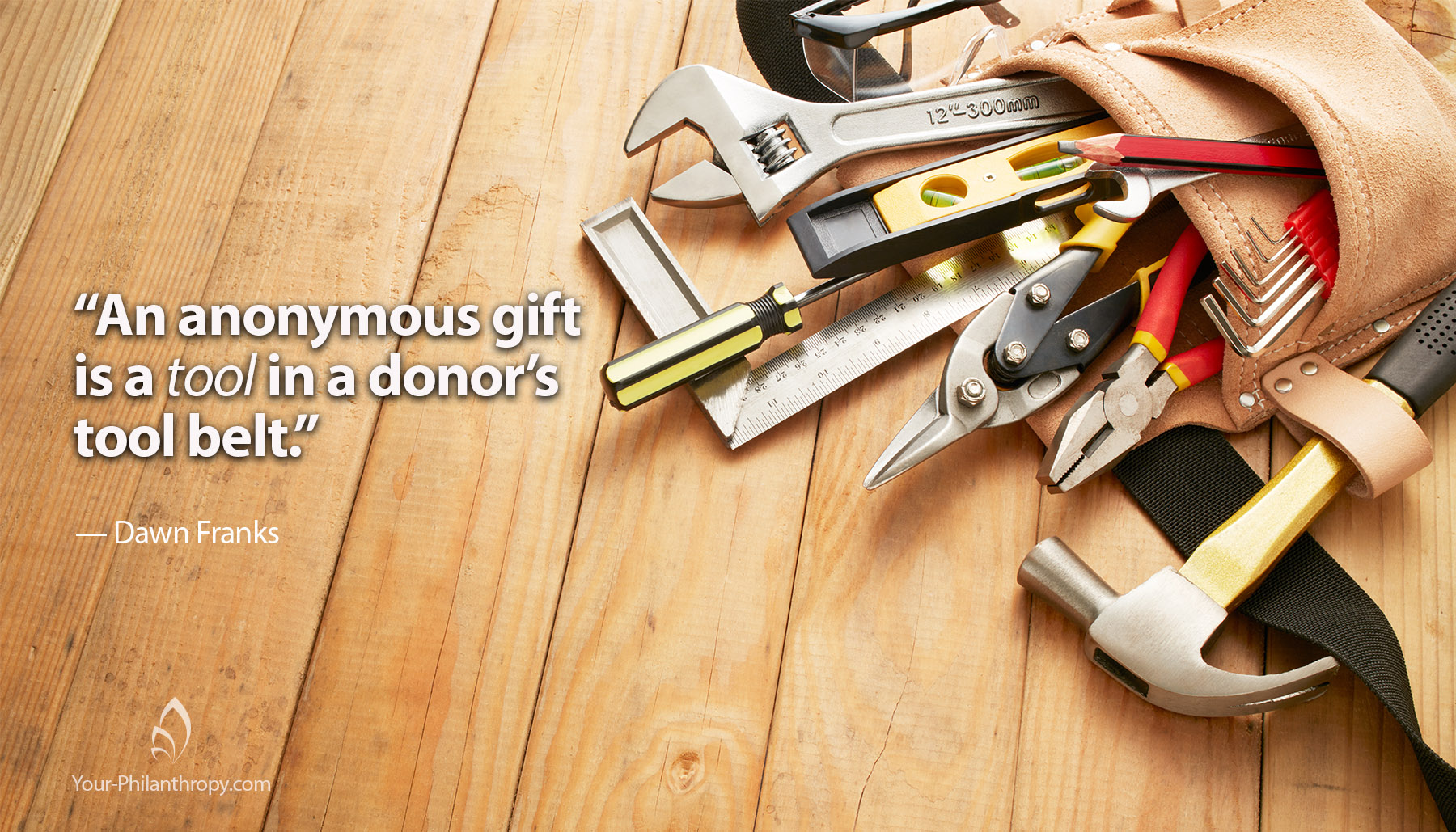 How “anonymous” is an anonymous gift? A good place to start is what it means to you. Is it not being noticed for specific actions or gifts you made? Is it being known by a few but not the many? Is it making a gift or doing something that is unremarkable or unrecognized?

Let’s talk about what you mean when you say I want to make an anonymous gift.

First, let me share a story with you. In my early years as President of the United Way, my goal was to raise money to fund twenty-four agencies. One day a gentleman called and wanted to meet me. That wasn’t surprising since my job required connecting with all kinds of people in all kinds of companies to raise as much money as possible. The gentleman explained he was with an organization that actively sought out places to give that had programs doing important work in the community, and had both strong executive and board leadership.

Topping it off, they did their work anonymously.

So, I ask you, was it really an anonymous grant?

There were no requirements to keeping the name anonymous tied to the grant. But when they came to see us there was always the reminder that they preferred not to be recognized.

Anonymous donors are individuals, families, and foundations who prefer to avoid the limelight of recognition. Their reasons vary from discomfort with recognition generally to a preference to fund under the radar and reduce unsolicited asks from nonprofit organizations they haven’t historically funded.

They prefer to pick their targets rather than be the target.

Sound fundraising practice for nonprofit organizations looks a lot like targeting. For some donors, the act of identifying nonprofit targets is equally important work. An anonymous gift is a tool in their tool belt.

Decide the level of recognition that’s right for you. Either way, your gift matters to the organization.

For those who prefer to be the “anonymous funder,” go ahead and get busy. Call me if you want to talk before you write the check.