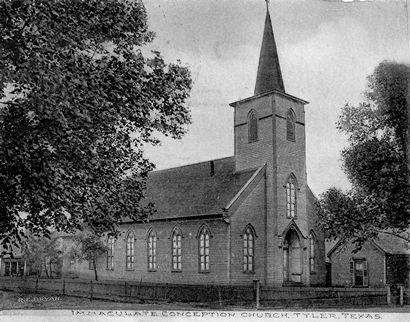 As a percentage of all charitable giving in the United States ($316 billion), the religious sector continues to collect the lion’s share – 36 percent. While that is considerably less than the 50 percent of religious giving represented 10 years ago, it is still true that the largest share of our giving is to religious institutions and organizations. Nothing works quite as well as a weekly reminder that giving is important. In fact, while it is true that more than 88 percent of the entire US population gives at least something every year to charity, it is our giving to and through religious organizations that is remarkable. No other country can get close to that. It’s obvious there is a direct correlation between religion and giving.

Still, there are changes going on that over the next decade will affect all the religious organizations in our own community of East Texas.

First, of the religious groups, Catholics are the wealthiest religious group in the nation. Yet, while average giving in Protestant denominations is about 2 percent of gross income, Catholic giving is less than half of that at barely 1 percent. In fact, Catholics now contribute about half as much as they did 20 years ago. Some studies say the average parishioner gives about $1.25 to the Church each week.

With a growing local Catholic community, it is going to be a challenge to stimulate individual giving and not rely on loyal but aging and wealthy families. Traditionally, Catholic leadership has been reluctant to teach about giving and, as a result, many Catholics (other than those with their children in private Catholic schools) have little idea what financial stewardship is.

Second, of the Protestant denominations, giving to mainline churches (Presbyterian, United Methodist, Episcopal and Evangelical Lutheran) has declined due partly to a decrease in membership and partly to members directing their giving outside the denomination. In the past, mainline denominations could count on wills and bequests to offset the decrease in individual giving. However, those bequests are being left with other organizations and very few mainline churches can show growing endowments.

In some ways, their biggest competition is now education, the arts and health care – not other churches. It’s important to note that those organizations have for years been building relationships with mainline donors through highly sophisticated development departments and, as a result, money that might have once been left to the church is now passing to colleges and universities, museums, hospitals and research institutes.

Third, while giving as a whole has increased among more conservative denominations (Southern Baptist, Latter Day Saints and Assemblies of God being the highest) there is still a decline in individual giving as a percentage of income. In other words, as wealth increases the proportion of giving to income goes down. It’s true what John Wesley observed in the 18th century. Those very traits that encourage and account for financial success become obstacles to giving. Some have called it “the evangelical lift” to describe what happens when people associate with these churches.

While giving to missions will probably continue to stimulate giving among older members, an independent congregational research organization – Empty Tomb estimates more than 90 percent of individual gifts to local churches are spent on the church itself. As well, giving to local benevolence outside the church has declined by almost 50 percent since 1968.

Finally, while we may be looking around at church on Sunday morning and seeing many young families in their 20s and 30s, their giving is increasingly directed outside the regular support of the church operating budget. They want to support particular missions or activities. They grew up with expensive services and amenities in church they now take for granted. An older generation paid for those to keep them in church – and it worked. An older generation supported the periodic capital campaigns for new facilities to attract new members. However, it is difficult to convince people to pay for what they have received most of their lives at no cost. An increased standard of living only increases the standard of expectations.

Growing conservative churches will have to find new ways to fund programs that attract younger members. Many of the larger congregations have created their own foundations to receive testamentary gifts and created the new staff position – minister of stewardship – to encourage more giving.

So…if these are the problems then where are the opportunities? How can churches look at an aging population of givers in creative ways? How can they find “common cause” with a younger generation more interested in causes related to “social justice” than programs? Each of the types we’ve looked at have unique challenges but also opportunities that are special. How can these trends actually benefit a community as generous and innovative as ours?

If you have comments, I would love to hear them. If you have ideas about what some of the opportunities might be for churches in East Texas, I encourage you to contact me.