Changed By A Glimpse Through A Donor’s Eyes 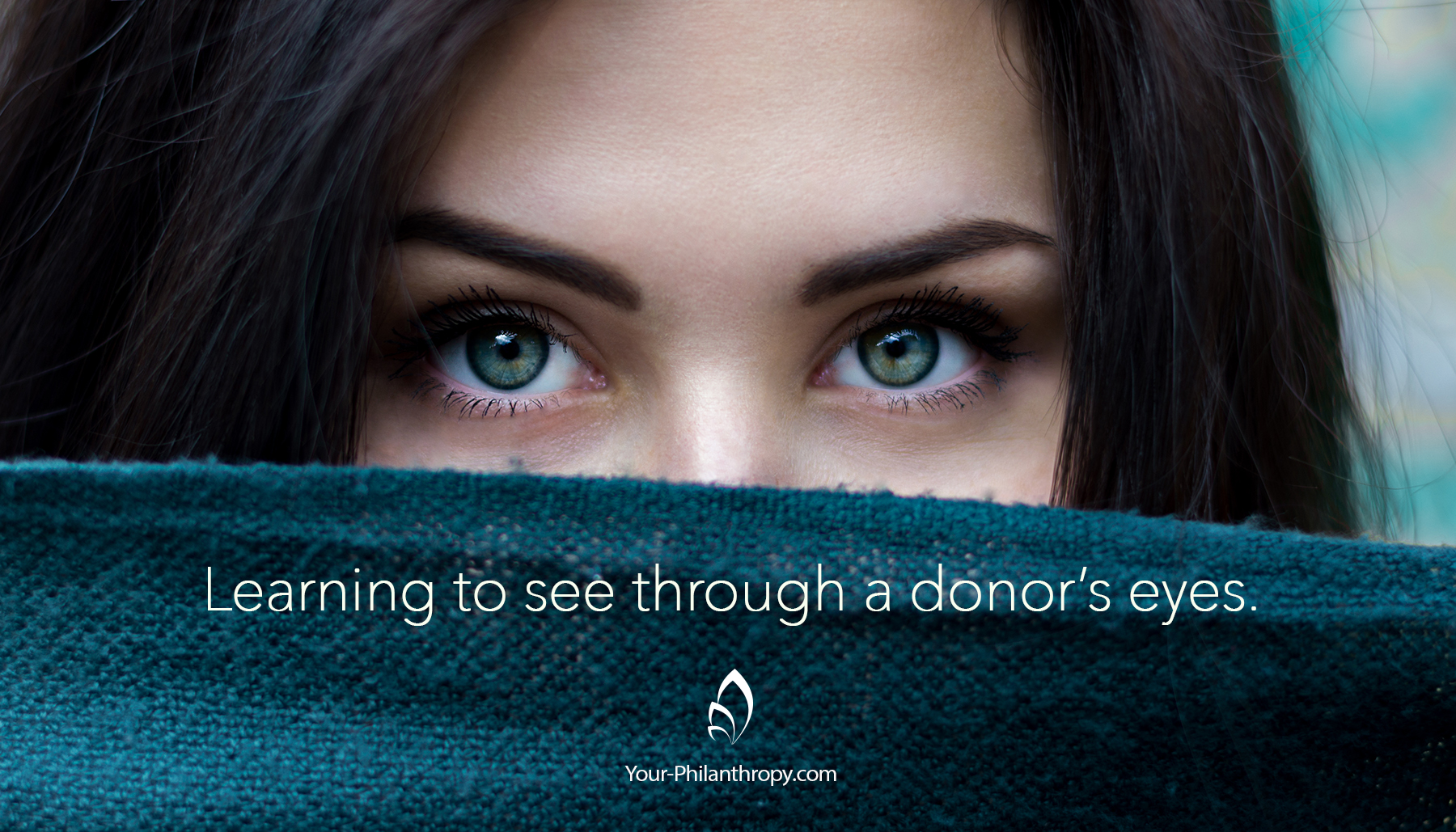 As an executive director of a newly formed nonprofit, I had a lot to learn and I knew it. My passion far exceeded my experience level. I needed help so I reached out to someone I had heard was the best friend and resource a nonprofit could ever have, Dawn Franks. I was told that not only did she understand the nonprofit world but she also was very immersed in the philanthropic side as well. So I reached out and asked to meet with Dawn. It wasn’t hard. I was drowning in my own vision and lack of knowledge.

I can still remember that meeting like it was yesterday, she sat across from me with kindness in her eyes, patiently listening to my visions of grandeur for my nonprofit. (She was probably wondering how a person could talk so long without taking a breath.) Finally, when I stopped talking, I remember nervously awaiting her response. Would she take out a big pin and pop my bubble? No, she didn’t. She began the process of asking me questions that made me think. She asked me questions that had never even crossed my mind. She essentially took my big ideas and helped me reduce them down to the basics of a successful nonprofit. I could see my passion was way out in front of the infrastructure. She helped me take it back down to the studs and solid foundation so I would have a greater chance of long-term success. That proved invaluable.

One area that she always emphasized as I worked to raise the funds we needed for the programs and services we offered was donor focused giving.

Instead of applying for every grant I could find hoping to “convince” them that we were a good fit, she tried to get me to understand the donor’s perspective. Donors had their mission too just like I did. And the more I could understand the areas that were important to them, the more time I could save applying for grants that weren’t a good fit. I must have had my blinders on because I only saw one mission…mine. I just came out guns a blazing hoping to hit a target, thinking the more I shot, the more chances I had at hitting one.

I guess I must be hardheaded or a slow learner.  It was a few years after starting the nonprofit that Dawn’s words finally came alive to me. I was changed by a glimpse through a donor’s eyes after being invited by a friend to hear Peaches Owen speak at a luncheon in Tyler, Texas. Dawn interviewed Peaches and asked her many fascinating and intriguing questions about their family’s rise from small beginnings to great wealth. I hung on every word she said. She was so humble, kind and genuine in her responses. I was struck by how responsible she felt before God to make sure to use their wealth wisely. She also emphasized how important it was to her and her husband to see that their children and grandchildren understood this same responsibility. They made it a point to include their family in their giving goals especially if they were going to inherit it one day.

I left the luncheon with my blinders removed. I saw a donor’s heart that day and it changed me. I finally understood the responsibility of philanthropy through a donor’s eyes. They are people with a purpose and families with a mission and just like me, they want to successfully accomplish their mission. I no longer strictly see from a nonprofit perspective, my eyes are open now to see through a donor’s eyes.